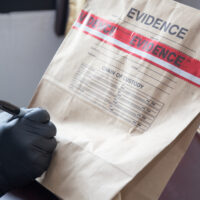 In many cases alleging sexual assault in the military, the Sexual Assault Forensic Examination (SAFE) plays an important role in establishing guilt or innocence.  This post will discuss the purpose, process, and impact of a SAFE on sex assault cases in Army, Navy, Air Force, Marines, and Coast Guard.

The purpose of a SAFE is to collect and preserve physical evidence of the alleged sexual assault that can be used by law enforcement to build a case against the accused.  The SAFE is conducted by a Sexual Assault Nurse Examiner (SANE). The exam is designed in large part to collect physical and forensic evidence, such as DNA. SAFE exams are very personal, requiring the accuser to undress so that trace evidence may be collected from the clothing worn during the encounter. Oral evidence is also routinely collected by swabbing the accuser’s mouth for saliva.  Hair (head and pubic) samples are also taken, and usually a special lamp is used during the exam to identify the presence of fluids on the accuser’s body.

From a general standpoint, SANE’s are trained to collect and preserve as much evidence from the encounter as possible. Part of a SANE’s job is also to help reconstruct the events in question and the evidence he or she collects is commonly used in four ways:

Once the evidence is collected, the SANE will place it in the Sexual Assault Evidence Collection Kit (SAECK).  While the exact process and contents for this will vary by jurisdiction, the kit usually consists of the accuser’s clothing, foreign material found on the accuser’s body including blood, dried secretions, fibers, loose hairs, vegetation, soil/debris, fingernail scrapings, hair cuttings, material dislodged from the accuser’s mouth, swabs of suspected semen, saliva, and areas highlighted by alternate light sources, and vaginal, anal, oral and body swabs.  Once the exam is completed and the evidence is collected, the kit is sent to a laboratory such as the U.S. Army Criminal Investigation Laboratory (USACIL) for testing.

Whether or not the results of a SAFE will help or hurt an accused’s case depends on many factors.  But one thing is absolutely certain when it comes to this evidence:

Your attorney MUST make sure that he has access to all the evidence collected by the SANE. This includes not just the SANE’s notes, but also any pictures the SANE took. Your attorney needs to thoroughly comb through each line and word of the SAFE results, looking for information that is contradictory, incomplete, or unclear.  Over the years, our law firm has won numerous sexual assault trials based on inconsistencies found in the SAFE results.

In addition, your attorney must be incredibly prepared for the prosecutor to call the SANE who conducted the accuser’s exam as a testifying witness.  In most cases, your attorney should also hire a SANE as an expert consultant or witness to aid in your defense.  A thorough and precisely exacted cross-examination of a Government’s SANE witness is second only to your accuser in importance and can be the difference between winning and losing.