The Problem with Three-fourths Panel Verdicts in the Military 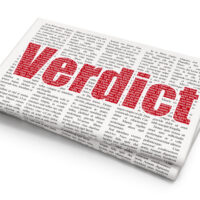 It may come as a surprise to many that criminal convictions in the military justice system only require the agreement of three-fourths of panel members (i.e. jurors). Of course, this is very different than the civilian justice system’s standard, which has always required unanimous jury agreement for a criminal conviction. This stark difference in the two systems is currently taking center stage in a number of military cases, with those advocating for consistency voicing strong opinions for change.
In one case, a U.S. soldier is appealing her negligent homicide conviction on the grounds that a military panel’s non-unanimous guilty verdict violated her constitutional rights. In another case, a U.S. military judge in Germany decided that prosecutors in his court will need a unanimous guilty verdict to convict an officer accused of sexual assault charges. The judge specifically stated that there is “no rational basis for Congress’ different treatment of U.S. service members and civilians” regarding the requirement of unanimity of a jury for conviction.
Our law firm strongly agrees. There are very good reasons why our Founding Fathers required unanimous jury verdicts in non-military criminal prosecutions, and there is no persuasive argument not to extend those protections to those who shoulder the massive responsibility of protecting our nation. How many service members are suffering a federal conviction, serving long sentences, or facing sex offender registration even though panel members could not agree on their culpability? It’s a scary thought.
How the current cases involving military panel verdicts will resolve is difficult to predict. There are complex constitutional law issues involving the 5th and 6th amendments as well as the legal standard of stare decisis, which requires lower courts to follow existing precedents. We’re certain that arguments by qualified attorneys will be made on both sides. But regardless, we are excited to see that this very important issue is being looked at closely, gaining attention in the media, and has an opportunity to be corrected.
To read more about the specifics in the cases noted above, see this recent article in the Stars and Stripes that quoted C & W trial attorney Mickey Williams.