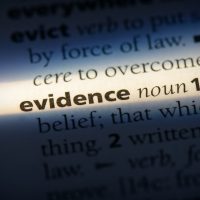 Generally speaking, the rules for a court martial do not allow prosecutors to introduce as evidence other crimes committed by the defendant in the past. Military Rule of Evidence 413 is an exception. Rule 413 says that accusations of prior sexual misconduct can be admitted at a sexual assault court martial as evidence of a tendency toward sexual violence.

Admitting Prior Misconduct as Evidence

The use of a prior sexual assault accusation as evidence at trial is not guaranteed. Your judge first has to determine whether the value of this evidence outweighs the danger of creating an unfair prejudice against you at trial. The judge will look at several factors in making this determination, including:

The military’s Manual for Courts-Martial specifically lays out what is and what is not considered a sexual offense. Your attorney should carefully analyze the allegations of prior sexual misconduct and make sure the acts they describe fall under the Code’s definition of “sexual offense.” If the earlier acts do not qualify, they are not admissible against you under Rule 413.