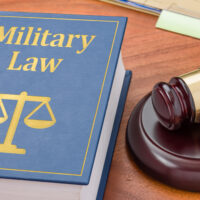 You’re a U.S. military service member, you’ve been accused of a crime, and your personnel file has been flagged. You also may have been briefly taken into custody and released. What’s next?

The military’s Rules for Courts-Martial (RCM) give commanding officers several options to exercise at their discretion at this point. It’s possible that you’ll be allowed to go about your business as usual until your trial without any restrictions. However, the most likely scenario is that you will be placed under some form of pretrial restraint.

Pretrial Restraint in the U.S. Military

Some form of pretrial restraint is common in criminal cases. While the restraint can take different forms, most of them typically place conditions on liberty. These can include:

▪ orders to report periodically to a specified official

▪ orders to avoid certain places, including locations on and off-base

▪ orders to avoid associating with a particular person

Sexual assault cases usually trigger a no-contact order, issued under Article 92 of the Uniform Code of Military Justice (UCMJ) and designed to keep the accused away from the accuser. No-contact orders are very serious and need to be obeyed: if you don’t, you can be brought up on charges of an Article 92 violation in addition to the existing charge.

Our advice: If you’re issued a no-contact order, do NOT attempt to contact your accuser. Do not ask your friends to contact the accuser. These efforts can, and most likely will, make your situation much worse.

What you should do if you’re issued a no-contact order is bring it to your military defense attorney since there is always a chance that the order is not lawful. Keep a detailed record of all interactions with the authorities regarding this order, including all documents, for your attorney to assess.

Pretrial restraints, including no-contact orders, do not usually terminate at the start of the trial. Instead, they remain in effect until the verdict is reached and, if the accused is found guilty, extend until they are sentenced and taken into custody.

If your commanding officer decides the available forms of pretrial restraint are insufficient, they may place you into pretrial confinement instead. See the next blog post for a discussion of that scenario.

A attorney who understand U.S. military law can help protect your rights during the pretrial period. For more information about your rights and how to preserve them, contact the experienced team at Capovilla & Williams today at (404) 496-7974.