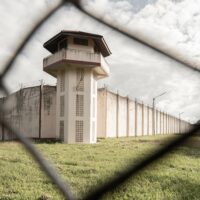 You’re a U.S. military service member, you’ve been accused of a crime, and your personnel file has been flagged. What’s next?

The military’s Rules for Courts-Martial (RCM) give commanding officers several options to exercise at their discretion at this point: you could be arrested and taken briefly into custody, placed under some form of pretrial restraint, or put into pretrial confinement. It’s also possible that none of these things could happen.

An apprehension is an arrest. If your command finds there is probable cause to believe you have committed the crime you’re accused of, and believes you pose a threat to military order and safety, you may be taken into custody until being transferred to pretrial confinement. In sexual assault cases, apprehension is relatively rare.

Some form of pretrial restraint is common in criminal cases. While the restraint can take different forms, they most typically place conditions on liberty. These can include orders to report periodically to a specified official, orders to avoid certain places, and orders to avoid associating with a particular person.

In sexual assault cases, there is usually a no-contact order, issued under Article 92 of the Uniform Code of Military Justice (UCMJ) and designed to keep the accused away from the accuser. No-contact orders are very serious and need to be obeyed: if you violate one, you can be brought up on charges of an Article 92 violation in addition to the existing charge. Our advice: If you’re issued a no-contact order, do NOT attempt to contact your accuser. Do not ask your friends to contact the accuser. These efforts can, and most likely will, make your situation much worse.

What you should do if you’re issued a no-contact order is bring it to your attorney since there is always a chance that the order is not lawful. Keep a detailed record of all interactions with the authorities regarding this order, including all documents, for your attorney to assess.

Your commanding officers have the discretion under the RCM to place you in pretrial confinement until your trial. Here’s what you need to know:

▪ Legal Representation: You have the right to an attorney. The smart move is to request one. They will review all of the following detention factors, represent you in and out of court, and begin an investigation (see the next post for more on this).

▪ Probable Cause: You cannot be ordered into pretrial confinement without probable cause. Probable cause rests on the reasonable belief that you’ve committed the offense you’re accused of and that confinement is warranted under the circumstances.

▪ Justification: Your commander must decide whether your confinement is necessary and warranted within 72 hours after you’ve been taken into custody. Factors considered when making this decision include determining that the crime is a court-martial offense, that it is foreseeable that you will either not appear at trial or engage in further criminal misconduct, and that other forms of restraint are likely to be inadequate.

▪ Confinement Hearing: You are entitled to a hearing to challenge your confinement within seven days. Your commander will likely be represented at the hearing by legal counsel, and you should be too. If evidence shows that confinement is not warranted, your attorney can submit it. The presiding officer at the hearing will either approve the confinement or order your immediate release.

▪ Facilities: If your military base does not have adequate confinement facilities, you may be held at a local, county, or state facility if it has an agreement with the military to house active-duty service members. Your attorney should review this agreement: if it does not meet military standards of protection from pretrial punishment, you may be able to gain credit for time served at sentencing.

▪ Release: Any commander in your chain of command can release you from pretrial confinement at any time. Your attorney may submit a request for release after the confinement hearing or petition the military judge assigned to your case for release at any time during the referral process.

Pretrial confinement based solely on an accusation of sexual assault is rare. However, it does happen—usually if it is combined with other misconduct, such as obstruction of justice or an AWOL charge. More often, you will be allowed to continue in service, though possibly with some restrictions.

The pre-preferral period, which takes place before charges are filed, is the best time to hire an attorney—especially if you’ve been arrested and taken into custody, placed under pretrial restraint, or confined. A good attorney at this stage of the process will:

▪ make sure your rights are being upheld and your interests protected;

▪ stay in regular contact with you and provide informed counsel; and

▪ be upfront and honest with you about your situation.

For more information about how the experienced military attorneys at Capovilla & Williams can help you, call our office today at (404) 496-7974.