Military Commander’s Role When a Sexual Assault Allegation is Made 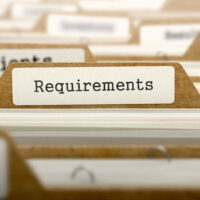 I receive a lot of calls from potential clients who do not want to hire an attorney until they are officially charged with a crime. Typically, these clients will call me up, ask me about the court-martial process, tell me that the accuser is lying, that CID, NCIS, or OSI wants to question them, but they are not ready to hire a military defense attorney.

These potential clients just cannot imagine, for the time being, that their command will want to move forward with the case. They say things like, “but it’s my word against hers,” “everyone knows I would never sexually assault anyone,” or “there’s no evidence because I didn’t rape anyone.”

My advice to these potential clients, if they are in fact being investigated for sexual assault, is always the same: hire an experienced military defense attorney now. It can mean the difference between winning and losing your case.

Over the next few months Capovilla & Williams will be publishing a series of blog articles covering what steps the command must take when they find out someone has accused you of sexual assault, what steps law enforcement must take, what you and what your accuser can expect to see happen, and what you can do to properly plan your defense to ensure that you do not fall victim to an incomplete or biased investigation. The stakes are high, even now, my friend. Tread lightly and get legal help.

What Your Chain of Command Can Do

Now that law enforcement is aware that you have been accused of sexual assault, your command has no choice but to take action. Commanders are not going to call off the dogs or tell law enforcement that you are simply not the kind of Soldier, Sailor, or Airman to sexually assault anyone. They are going to do their jobs, even if you were the best supply NCO of all-time.

Now, each branch handles sexual assault allegations a little bit differently. My goal is not to precisely define how each branch functions at this stage of the investigation. Instead, I will give you a general breakdown of how the Army processes flags, as I have found that the Army’s process is consistent with the other branches. Thus, I hope this provides you guidance whether you are a Soldier, Airman, Sailor, Marine, or Coast Guardsman.

Once the report is made, your commander will typically call you into her office. She will inform you that an allegation has been made, that you are under investigation, and that you must be “flagged.”

The “flag” process in the Army is governed by Army Regulation 600-8-2. Based on the Regulation, a flag is an abbreviated term used to describe the initiation or the removal of a suspension of favorable action.

Here is the good news – just because you are flagged does not mean that your chain of command is going to court-martial you, and it does not mean that they think you are guilty.  It is mandatory for commanders to initiate a flag for any Soldier under investigation for sexual assault.  This is true even if the evidence against you is weak.

Here is the bad news – once you are flagged you cannot be promoted, receive awards and decorations, re-enlist, attend military schools, or retire.  While this may seem unfair, it is necessary precaution that must be taken. Imagine what Congress would think if the Marine Corps allowed an E-8 to retire while under investigation for sexual assault. Yeah. Not good.

Look, being flagged is not fun. Your career will essentially be put on standstill, and there is not a whole lot you can do about it. This is a good time to call an attorney if you have not done so already. Remain calm, maintain your military bearing, and understand that this is likely the beginning of a very long road. One point of emphasis – do not talk to your commander about what happened. Even if you tell her that you are the most innocent man in the history of the world, it will not matter. You are getting flagged.

Okay – you are now flagged. Stressful, I know. And the command is likely not finished with you just yet.  The MCM gives commanders several options to ensure that good order and discipline are upheld in their units.  Here is a brief description of the steps your commander MAY take once you are accused of sexual assault:

If you are accused of sexual assault, you will very likely be issued a no-contact order. The command is not going to let you go near the person who accused you of sexual assault. This is more typical if that person is also a service member, but I have seen it in cases where the accuser was a civilian, as well. Here is my best advice: follow the order.

You will be in violation of Article 92 of the UCMJ if you violate a lawfully imposed no-contact order. Do not do it. Do not contact your accuser, call your accuser, text your accuser, and do not tell one of your friends to do any of those things – just stay away. I have seen too many cases when my client won the sexual assault charge but lost the Article 92 charge simply because they tried to fix things themselves. Follow the order.

Now, there is always a chance that the order is not lawful. Bring your no-contact order to your attorney. He or she will help you figure out what to do. Do not try to fix this yourself. You will only make it worse. Make you sure you keep track of any form of pretrial restraint placed upon you, the documentation, and the conditions. Also, keep a diary of what the imposition authority tells you. This can all be helpful to your attorney down the road.

B.  Right to an Attorney – Request an attorney because you have the right to one.  Once a competent authority places you in pretrial confinement, your right to counsel is created. If requested by you, you must be provided counsel before the initial review or within 72 hours of your request, whichever occurs first.

C.  Action by the Commander – No later than 72 hours after you are placed in pretrial confinement, your commander must decide whether such confinement is necessary. In order to keep you in confinement, your commander must decide that you committed an offense triable by court-martial, and that confinement is necessary because it is foreseeable that you will either not appear at trial or that you will engage in serious criminal misconduct, and that less severe forms of restraint are simply not adequate under the circumstances.

D.  Entitled to a Hearing – Within 7 days of being placed into pretrial confinement, you are entitled to a hearing to challenge your confinement. You and your counsel may submit evidence to help your case. Your commander will be represented by legal counsel, typically the prosecutor who is assigned to the case.  The commander’s representative must prove by a preponderance of evidence that your confinement is necessary.  Once the hearing is over, the reviewing officer must approve your continued confinement or order your immediate release.

E.  The Confinement Facility – Not all military installations have confinement facilities. If your installation has an adequate confinement facility, you will be held in that facility. If your installation does not have an adequate confinement facility, you will be held at a local, county, or state facility. The installation will have an agreement with that local facility to house active-duty service members. Make sure your attorney has a copy of that agreement. Often times, local facilities outside of the installation will not be able to follow the requirements necessary to ensure that you are not subjected to pretrial punishment. If this is the case, in the event you are convicted, the judge may grant you 2- or 3-days credit for every day you were subjected to unduly harsh conditions or pretrial punishment.

Your attorney needs to be in constant contact with you when you are subjected to pretrial confinement. You need to make sure that you are keeping a daily journal of the activity happening in confinement. This will help your attorney ensure that your rights are being upheld while confined.

If you are placed on restriction in lieu of arrest, arrested, or ordered into pretrial confinement, your attorney should be requesting that your case be expedited. R.C.M. 704(a) requires that you be brought to trial within 120 days of preferral of charges or imposition of restraint under R.C.M. 304(a)(2-4). In other words, if you are in pretrial confinement or subjected to other significant restraints, the command needs to ensure that your case is a priority, and your attorney needs to hold their feet to the fire by submitting speedy trial requests. In practical terms, the system requires that your case be given priority for as long as you are subjected to the conditions listed above.

I hope this article helps you understand how the command will initially handle allegations of sexual assault. If you’re under investigation and want to talk to an attorney, feel free to reach out to us anytime. We are here to help!