Changing the Law for Major Military Crimes in the United States 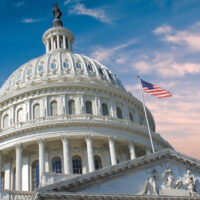 Changes in the U.S. military justice system have been a hot topic among armed forces leadership, politicians, commentators, and attorneys, and specifically revisions to when and how major felony cases are brought and managed.  Some advocates and lawmakers believe that changing the procedures, decision makers, and substantive law itself will help reduce the number of sexual assaults and harassment cases in the military.

In fact, there are currently two bills at the federal level that have been introduced with the goal of making the military justice system more effective.  (Senator Kristen Gillibrand (D-NY) has sponsored the Military Justice Improvement and Increasing Prevention Act.  Congresswoman Jackie Speier (D-CA) has sponsored the I Am Vanessa Guillen Act.)

Of course, we’ve been asked the question by various media outlets such as Stars & Stripes as well as curious observers how we feel about the prospect of major changes to the military justice system.  Some assume that because we have great success defending against major felony prosecutions, that we are against changes. This is not true.

Our position is very simple.  We are in favor of any change to the military justice system in our great country that accomplishes three goals.

First, we support changes that remove the politicization of the process involved in bringing both criminal charges (e.g. court-martial) and other sanctions (e.g. separation) against service men and women.  The reality is that there are far too many cases being brought against good soldiers, airmen, sailors, and marines because their command submits to the pressure of today’s political climate.

Second, any changes to the current law should protect the rights of the accused. This is a fundamental tenant of our country’s system of justice and Constitution, but also one that is currently eroded in the military system.  Two of the most glaring examples are the requirement of only a three fourths majority of the jury to convict a defendant as well as the rule that every jury member be superior in rank to the defendant.  There is no doubt that the rights of the accused are often an afterthought in the current system.

Third, changes in the law must be attainable and in particular the timeline by which they must be implemented.  Senator Gillibrand’s bill calls for implementation within 180 days of passage.  Anyone familiar with the military justice system knows that the prospect of making significant changes to existing protocols in such a short amount of time is unachievable.

While it will be interesting to see how these latest bills play out in the legislature over the coming months, the fact remains that valuable members of our military need qualified legal counsel, and providing it is exactly what we will continue to do for them and their families.