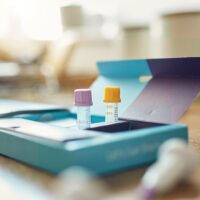 The pre-preferral period of a military prosecution is the investigative period, where law enforcement determines whether or not sufficient evidence exists to file criminal charges. Most of the crucial information to be used at trial is usually uncovered during this initial investigation. This post looks at how law enforcement gathers evidence in response to a sexual assault allegation, and the following post looks at the importance of an independent investigation by a qualified defense attorney.

The first thing military investigators do in an inquiry into a sexual assault allegation is interview the accuser. These interviews are supposed to be video recorded, and should be made available to your attorney upon request. They may also be used at trial.

The accused will usually be accompanied in the interview by a Special Victims Counsel (SVC). Private, off-camera conversations between the SVC and the accuser are protected as confidential.

It is important to be aware that law enforcement officers are specifically trained to be as accommodating and sensitive as possible during interviews with potential victims of sexual violence. Their role is not to confront an accuser about inconsistencies in her account of the events in question. They may note these in their report on the interview (or they may not), but that’s it. Getting to the bottom of these inconsistencies—and exposing them at trial—is your military attorney’s job, not law enforcement’s.

After the interview with the accuser, investigators will usually try to corroborate her account by interviewing other witnesses. These might be with people present during the alleged assault, or nearby, or with whom she spoke about it later.

Law enforcement officers will also be looking for material evidence, such as the clothing your accuser had on the night of the alleged assault. It may also include electronic evidence, including text messages. Federal law enforcement officers from OSI, NCIS, CGIS, and CID can request an order from a judge requiring you to turn over your phone or other requested materials. However, never, ever hand these over without consulting your attorney first.

If the accusation is made soon after the alleged assault, law enforcement may also ask your accuser to consent to a Sexual Assault Forensic Examination (SAFE). SAFEs include swabs of fluids on or in the accuser’s body, the collection of hair and soil or other foreign matter, photographs, and a written report. These provide evidence regarding persons she had physical contact with, the location of the assault, and the use of force. Evidence collected during a SAFE may corroborate a victim’s accusation, but inconsistencies between lab results, photographs, and the written report can also exonerate the person accused of the assault.

It should be clear from all this that the role of law enforcement is to understand and try to verify the accusation against you. It is not to find the evidence that may prove your innocence.  For that, you need the best military defense lawyer you can find and afford.  The attorney’s investigative purpose is the topic of the next post.